The Healthy Cognitive Aging Project (HCAP) is a sub-study carried out within the English Longitudinal Study of Ageing (ELSA). The project aims to investigate dementia risk using a harmonised cognitive assessment protocol, as part of an international research collaboration supported by a $2.4 million grant from the US National Institute on Aging (NIA). The study incorporates 1,300 men and women aged 65 and over, drawn from different regions of England, who were tested with various cognitive, neuropsychological, clinical and functional evaluations to discriminate between normal cognitive performance, cognitive impairment, and dementia.

The HCAP has been designed to leverage the Health Retirement Study (HRS) international network of studies to produce comparable data on cognition and research diagnoses of dementia and mild cognitive impairment, to support joint epidemiological analysis of the aetiology and impact of cognitive decline and to make comparable national estimates of the dementia prevalence around the world. The protocol was designed to harmonise well with prior studies, including the 10/66 studies, the Rush University Memory and Aging Project and a prior HRS dementia substudy known as ADAMS. Versions of HCAP will also be conducted in US, Mexico, India, China, and South Africa. 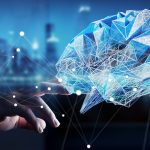 Over £73,000 secured to drive DECODE forward